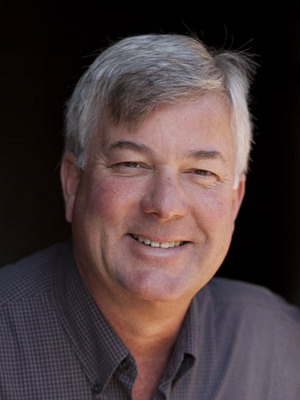 Ted Edwards is the director of winemaking at Freemark Abbey, where he has served as winemaker of the storied estate since
1985. His creative approach, unyielding dedication to quality, and many years of experience in the vineyards of Napa Valley –
particularly the Rutherford Bench – make him one of the region’s leading vintners. With a strong vision and commitment to
Freemark Abbey’s respected reputation, Edwards’ innovative winemaking ideas have enhanced the estate’s entire line of coveted
wines and solidified his place in the winery’s rich history. His many winemaking accomplishments include establishing the distinct
style of Freemark Abbey’s iconic, single-vineyard Sycamore Vineyard Cabernet Sauvignon and continuing the thirty-plus-year
legacy of the vineyard-designated Cabernet Bosché, while elevating the wine to new heights of critical acclaim.


It was in 1980 that Edwards began his winemaking career in the cellar of Freemark Abbey. After two harvests, he accepted a position at Rutherford Hill as associate winemaker, a post he held for three years. He returned to Freemark Abbey in 1985 as winemaker and has managed the winery’s grape growing and winemaking operations ever since. In 1992, Freemark Abbey’s seven founding partners named Edwards the eighth partner, and when managing partner Chuck Carpy passed away in 1996, Edwards took over his former boss and dear
friend’s duties as managing partner and director of winemaking. He remained at the helm of Freemark Abbey as director of winemaking upon Jackson Family Wines’ purchase of the estate in 2006. Today, Edwards continues to oversee winemaking and operations, and is currently guiding the winery into the next phase of its legacy as the century-old historic stone building is reopened after a
transformative renovation completed in 2016.

Born in New Mexico, Edwards was raised on an apple farm in Colorado before moving to Sonoma County’s Russian River region. He has called the Napa Valley home for more than 30 years, raising three children among the natural splendors of California wine country. Under his father’s mentorship, Edwards’ stepson followed in his footsteps to become a fellow Napa Valley winemaker, and his wife has also enjoyed a career working in the wine industry. A prominent member of the Napa Valley winegrowing community, Edwards participates in the Vintner’s Association as a grower and winemaker, and is a long-time member of the American Society of Enology and Viticulture. He
was formerly president of the Napa Valley Wine Technical Group and a board member of the Rutherford Dust Society. Edwards earned a Bachelor’s degree in Biochemistry and Master’s degree in Food, Science and Engineering from the University of California at Davis.