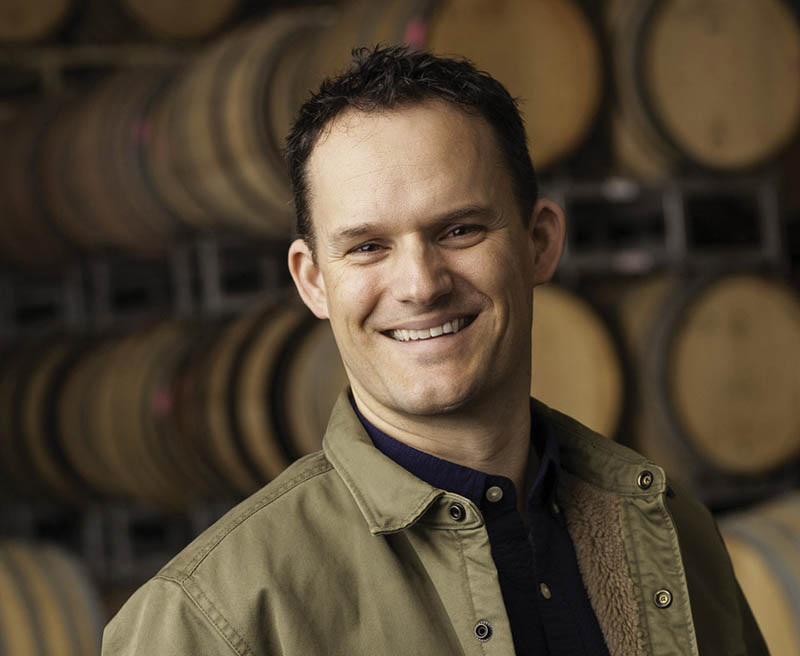 Growing up in northern California, it isn’t too hard to understand why Ryan fell in love with wine,
but, it was while he was 3,000 miles away in college at Cornell University where his passion ignited.
In his senior year, Ryan enlisted in HADM 430 – Introduction to Wines, where he would learn
about and taste wines from different regions around the world and needless to say, this was an
eye-opening experience.

After graduating from Cornell, Ryan spent some years working at the management consulting
firm, Accenture, and then at the luxury destination club, Exclusive Resorts. During this time, he
was able to build his appreciation for wine and travel to many of the best wine regions of the
world. However, his interest was not satisfied by simply tasting great wines; he wanted to make
them. Ryan worked with family friends in Anderson Valley during crush and then worked mulitple
harvests at Boulder Creek Winery in Boulder, CO. While in Colorado, he completed the UC Davis
Certificate Program in Winemaking. It was during this course that he decided he would pursue
winemaking as a career.

Ryan and his wife moved back to California and he joined Williams Selyem to work with Bob Cabral
making world-class Pinot Noir and Chardonnay. There, Ryan was able to see how working
with great vineyards along with a meticulous winemaking style can produce inspiring results. Following
Williams Selyem, Ryan worked at Copain Custom Crush (now called Punchdown Cellars),
where he had the opportunity to work directly with dozens of winemakers of high-end boutique
brands. Most recently, he was the Assistant Winemaker at Medlock Ames winery where he worked
to craft artisanal and sustainably-farmed wines in Healdsburg, CA.

Now, as Winemaker of Three Sticks Wines, Ryan is excited to have joined Bob Cabral again to make
premium wines of distinction. His education combined with the stepping stones in his winemaking
career have allowed him to craft inspired wines with character and finesse that showcase the
unique vineyard sites in the Price Family Estates portfolio.