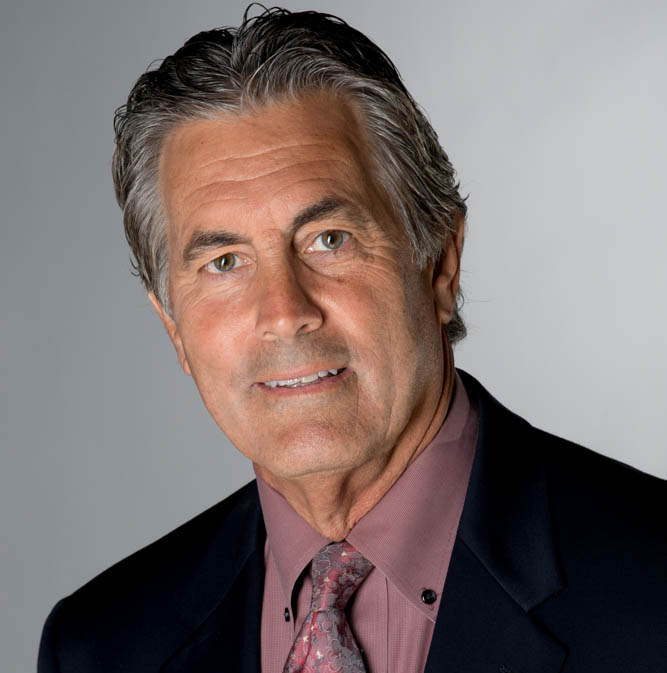 Vince Ferragamo, retired from professional football after 10 seasons, is best remembered as the only quarterback to take the Los Angeles Rams to the Superbowl.  Vince was drafted by the Rams from the University of Nebraska.  While with the Rams, he set many club records, including passing 509 yards against the Chicago Bears making him second in NFL History.  He compiled over 11,000 passing yards with a career passing percentage of 56%.   Before retiring, Vince spent one season with the Buffalo Bills and one with the Green Bay Packers.  Since retiring, he has remained active with the Rams, doing the color broadcast for pre-season games and makes community service appearances on their behalf.

Following football, Vince went into the real estate business, and opened his own company, Touchdown Real Estate in Orange County.  In addition he currently stays connected with football through radio and television appearances, and is active with Cox Cable, KABC, CBS and FOX Sports.

He is very active in the community and lends himself to several different charities. He has proudly hosted the Vince Ferragamo Foundation Celebrity Golf Classic for the past 30 years, raising money    for Special Olympics, the Speech & Language Development Center, Alzheimer’s Assoc., the Boys & Girls Club, and the Ronald McDonald House.   The Ferragamo Foundation sponsors the “Fight with Grace” annual luncheon benefitting the Orange Coast Memorial Foundation and their fight against breast cancer. The hospital has proudly recognized the Ferragamo Foundation for their contribution by naming a wing in their name. He also runs the Vince Ferragamo Football Camp, bringing in current and former college and professional players to help coach young athletes.

Vince also enjoys being in his vineyard where he grows grapes that produce his signature super tuscan wine “Caressa J”.  His 2012, 2013, 2014, and 2015 Tenuta di Ferragamo wines have received gold medals and best of class awards at the Los Angeles International Wine Competition.

Vince has received many honors in the community, including Cerritos College Man of the Year, but is most proud of the achievements of his family.  Daughter Venessa graduated from Vanderbilt University where she played basketball for the Commodores, graduated Medical School, completed her residency in pediatrics at White Memorial in Los Angeles and currently is a Pediatric MD at St. Joeseph’s Hospital in Orange.  Cara is a graduate of DePaul University, studied abroad in Florence, Italy and is pursuing a career in fashion and Jenna is a graduate of the University of Colorado, having studied a year in Buenos Aires, Argentina.  Vince and his wife Jodi live in Orange, CA