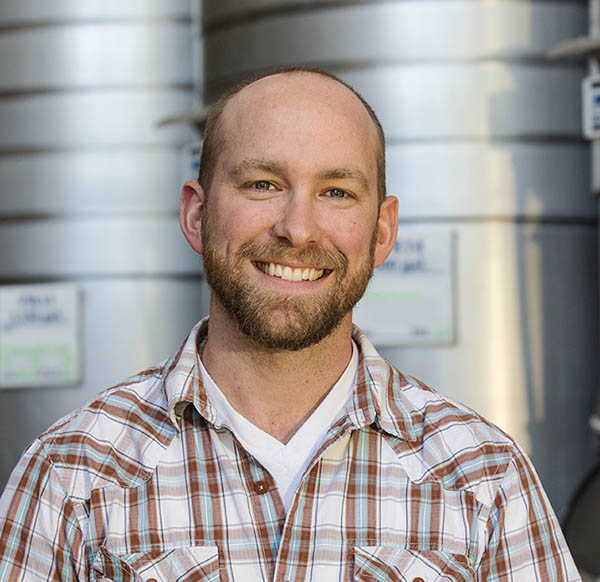 Director of Viticulture and Winemaking

Richie Allen was raised in Melbourne, Australia, in a leafy suburb about 40 minutes east of Australia’s famous Yarra Valley wine region. Influenced greatly by his parents’ keen interest, Richie grew up with a greater appreciation of wine than the average young Australian male. Upon graduation from high school in 1996, Richie chose to explore his knowledge in an alternate area of interest: molecular biology. Always the model student, he graduated at the top of his class. He was not, however, convinced with the path he was laying down for himself. Richie embarked on a four-month rock climbing holiday to the United States to clear his thoughts. It was on this adventure that fate came knocking in the form of an invitation to a day of wine tasting. Richie was so taken and inspired by the Californian wines he tasted that day that it was suddenly clear to him what he needed to do. He promptly returned to Australia and spent the next few years engrossed in winemaking studies at Australia’s prestigious The University of Adelaide. After graduating in 2003, he set about gaining as much practical winery experience as possible from top Australian and New Zealand producers including Penfolds, Oakridge, Church Road and Vavasour. He eventually found himself back in California, on the doorstep of Rombauer Vineyards to undertake cellar work for the 2004 and 2005 harvests. Richie’s enthusiasm, vast and growing knowledge, and attention to detail were keenly identified, and he was asked to continue on at Rombauer to see this potential expertly developed and nurtured. He was hired as a full-time enologist in 2006 and became Assistant Winemaker the following year. In 2008, he was promoted to Head Winemaker. Having worked his way from the ground up, Richie assumed the position of Rombauer’s Director of Viticulture and Winemaking in 2013. In this role, Richie strives to achieve consistency of style and continual improvement in viticultural and winemaking techniques by melding both traditional and modern approaches. Under his leadership, Rombauer’s Carneros Chardonnay accomplished the rare feat of consecutive appearances on the prestigious Wine Spectator annual Top 100 Wines list with the 2012 and 2013 vintages. In 2017, Richie was named one of North Bay Business Journal’s Forty Under 40, an award recognizing young business professionals who demonstrate leadership in their companies and industries. Away from the winery, you’re likely to find Richie pursuing his passion for photography and filmmaking. He lives in Napa with his wife, Nat, and their daughter, Violet, who is the frequent target of his lens.