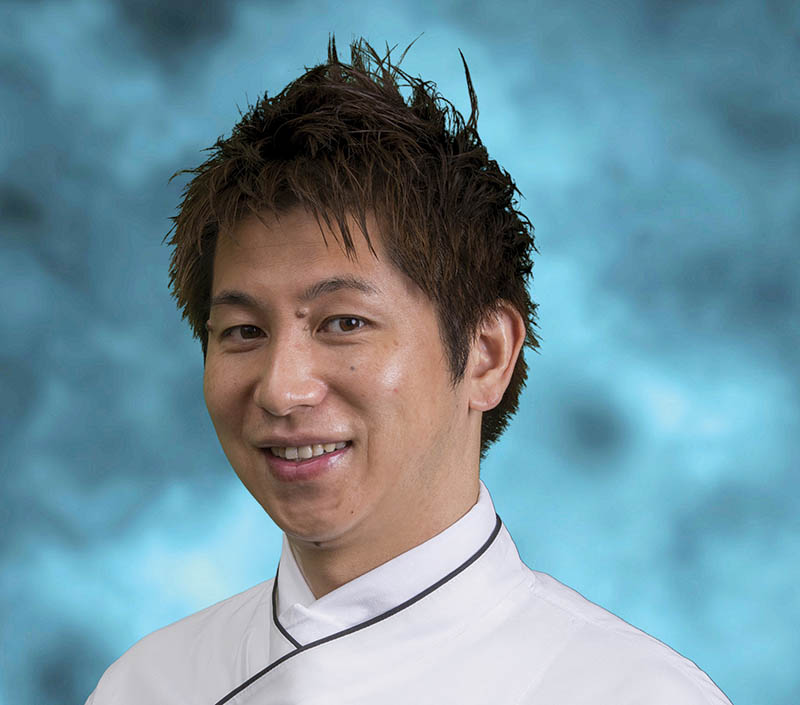 Yoshikazu “Yoshi” Kizu has been Executive Pastry Chef at The Ritz-Carlton, Kapalua since 2015 joining the hotel from The Ritz-Carlton, Orlando Grande Lakes, in Orlando FL. Prior to his tenure within The Ritz-Carlton Hotel Company, Kizu began his culinary career in his hometown of Tokyo, Japan working in small pastry shops where he learned the basics from selling cakes, to making them. Kizu also worked at the Tokyo Disney Ambassador Hotel for three years where he was in charge of all artistic pastry projects for the hotel. After four years at Disney, Kizu was appointed Sous Chef as part of the opening team at The Ritz-Carlton, Tokyo and most recently joined the team at The Ritz-Carlton, Orlando Grande Lakes where he served as Pastry Chef since 2010.  A graduate of Japan Confectionary School, Kizu has competed in many culinary competitions such as Cacao Barry and Star Chefs New York and was honored Pastry Chef of the Year, 2014 in the prestigious US Pastry Competition. In his spare time, Kizu enjoys exploring the island of Maui, which he now calls home.